in an ultimate dark fantasy RPG 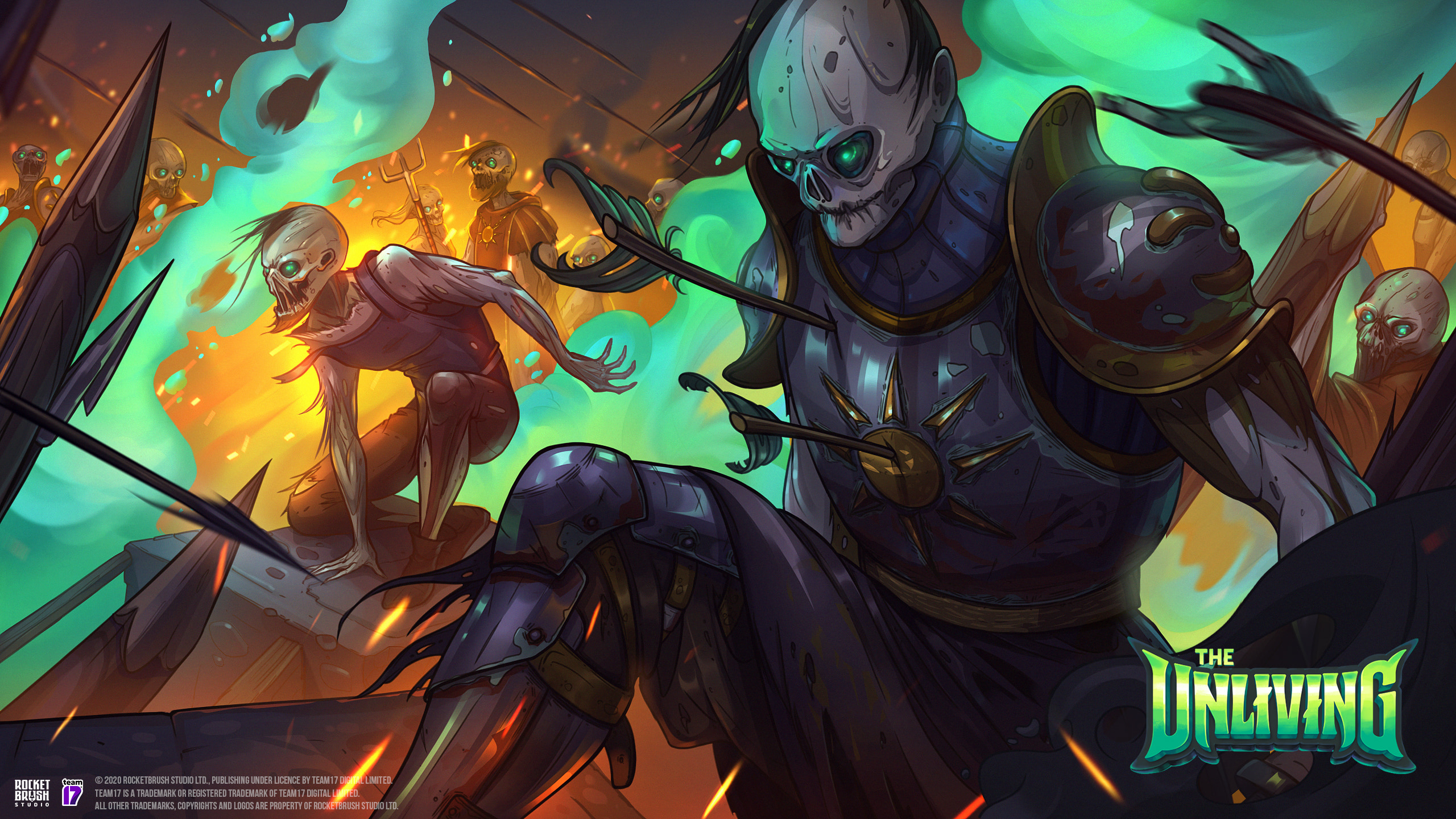 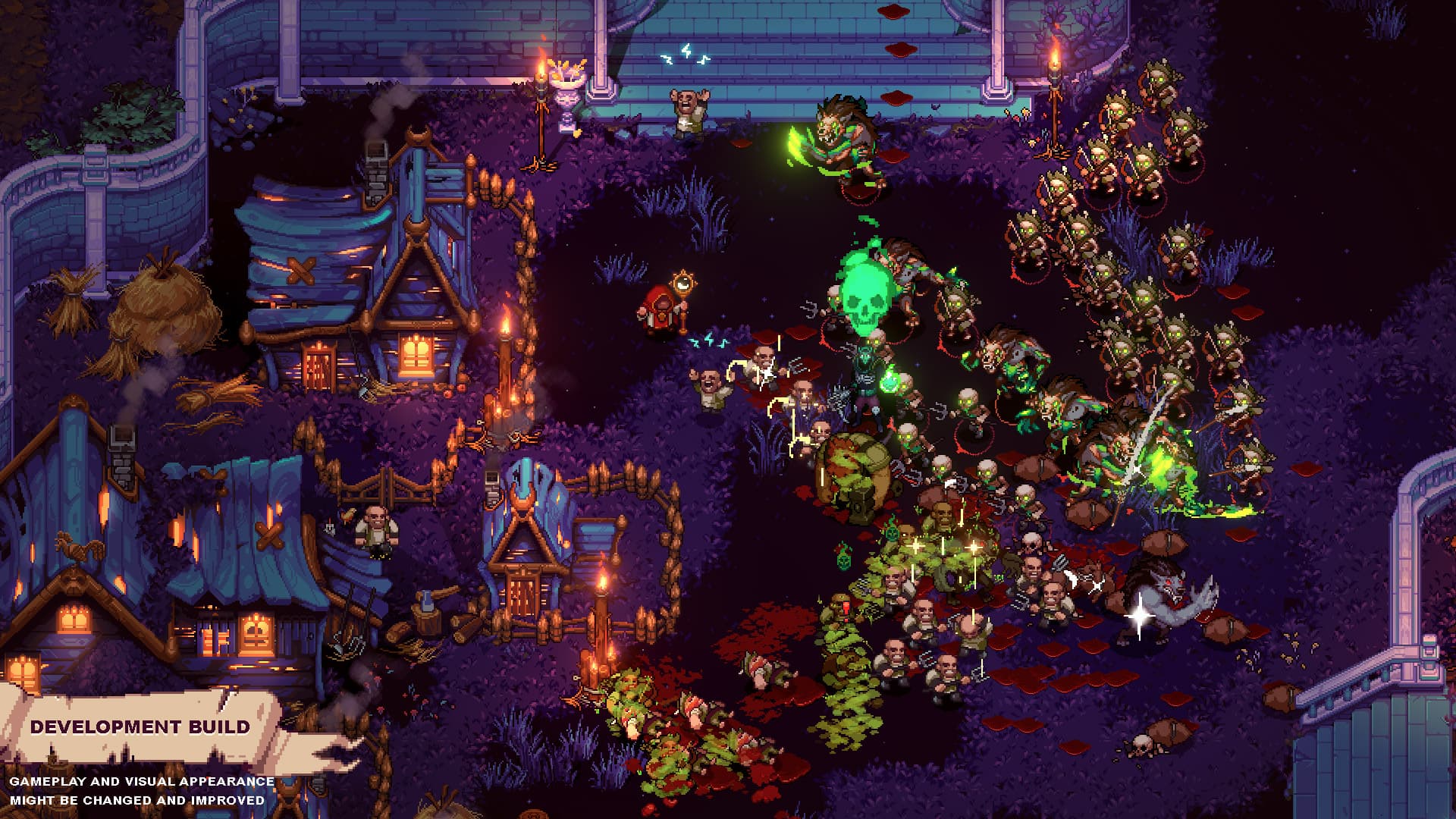 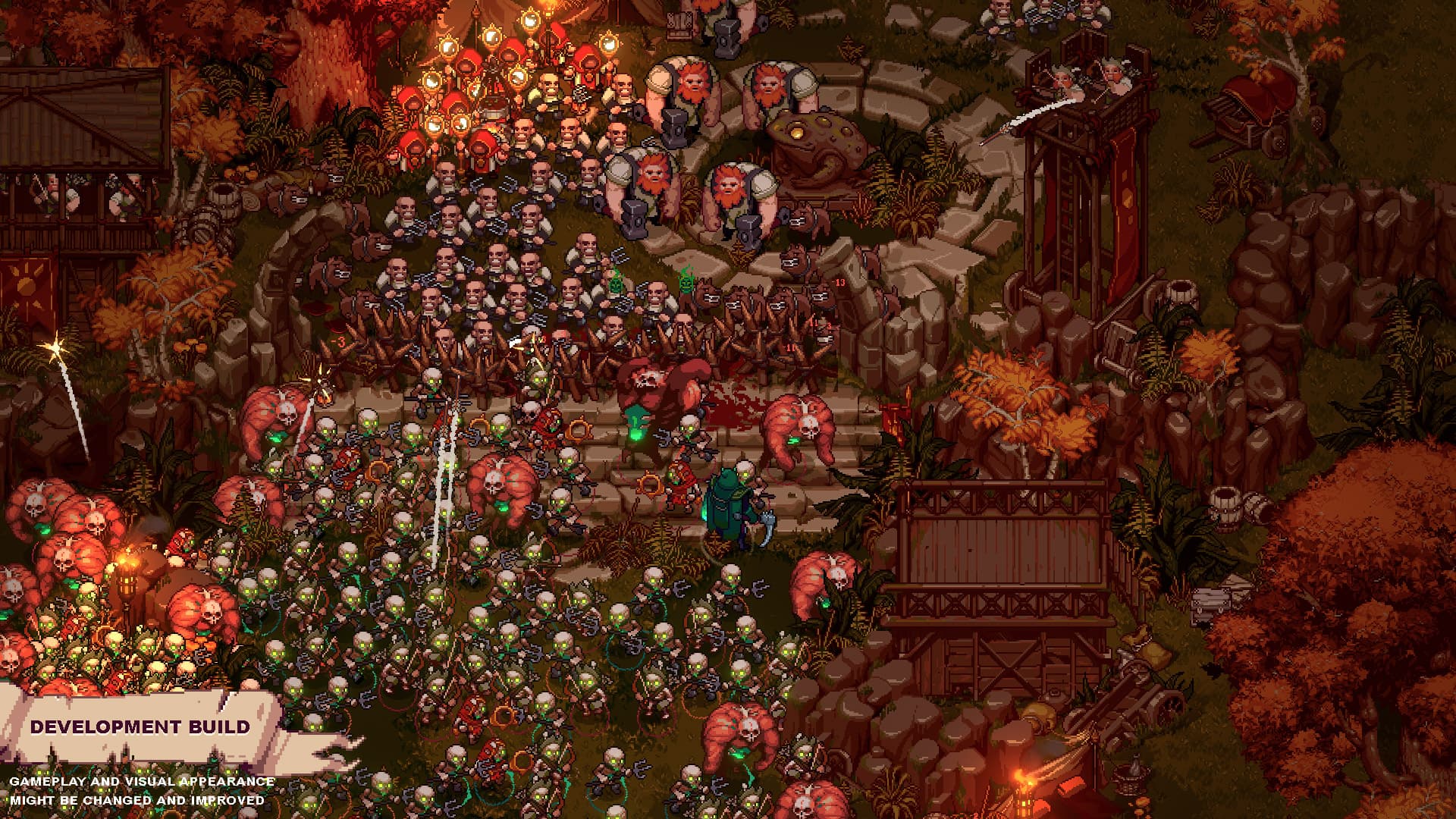 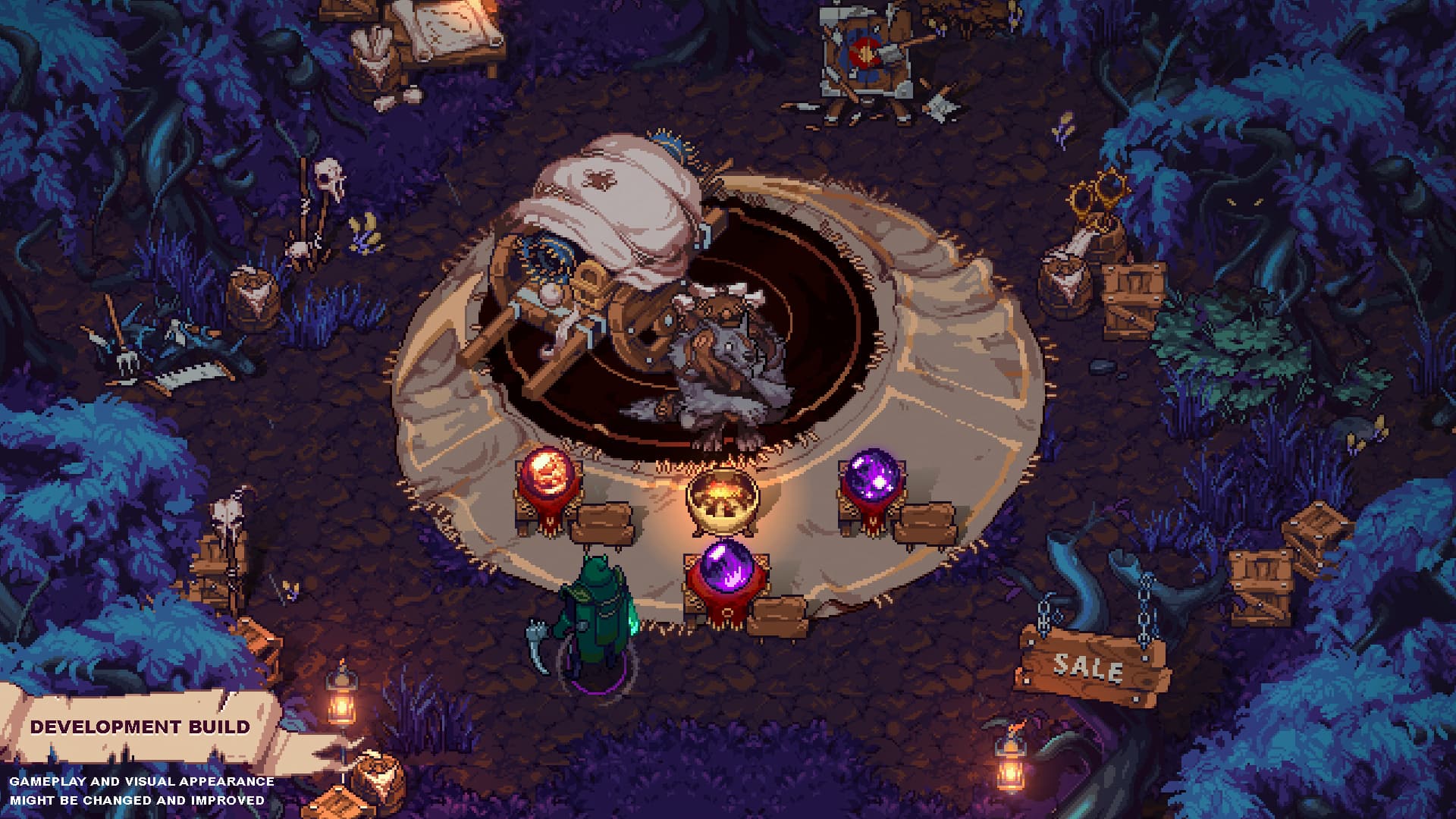 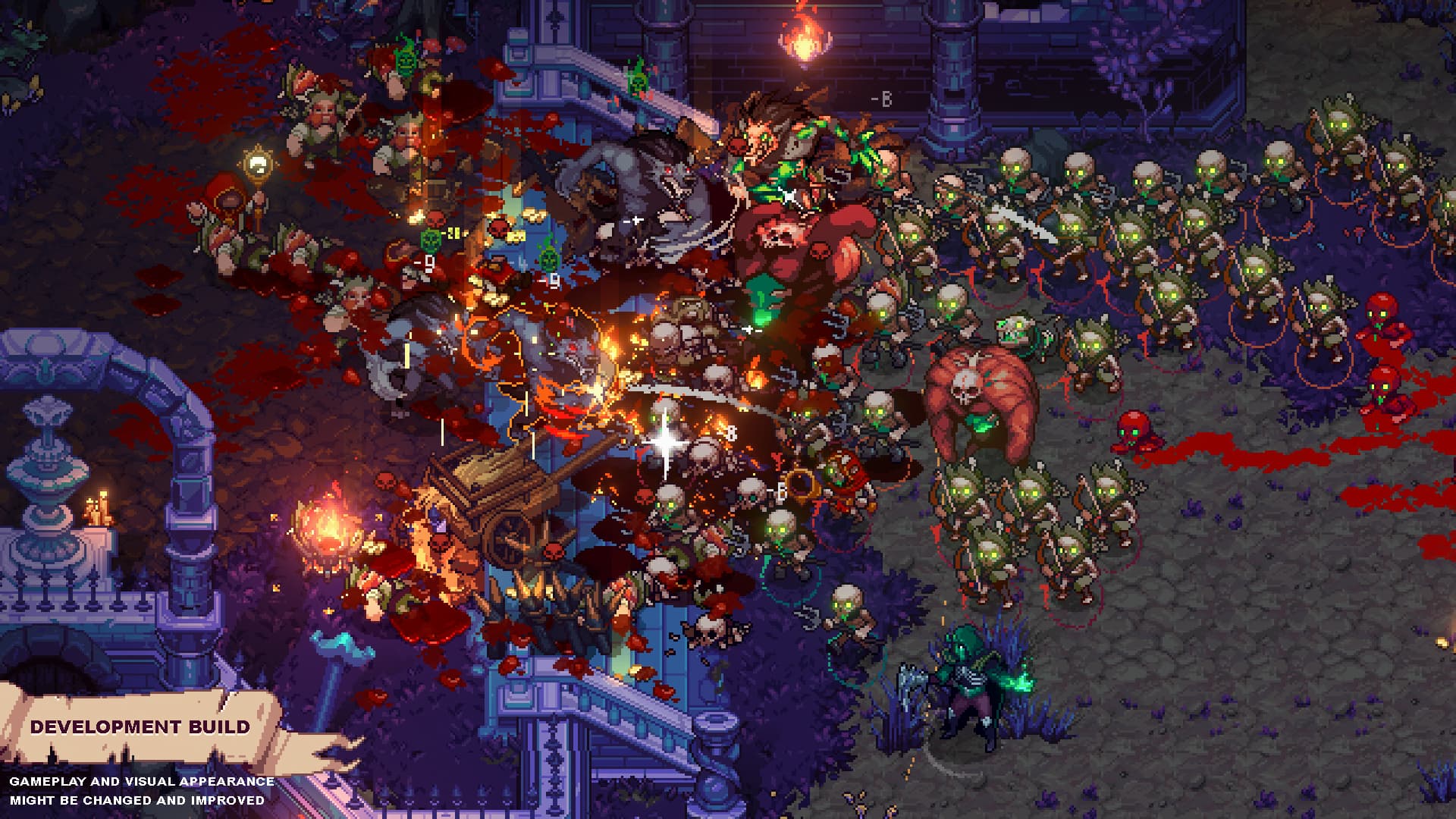 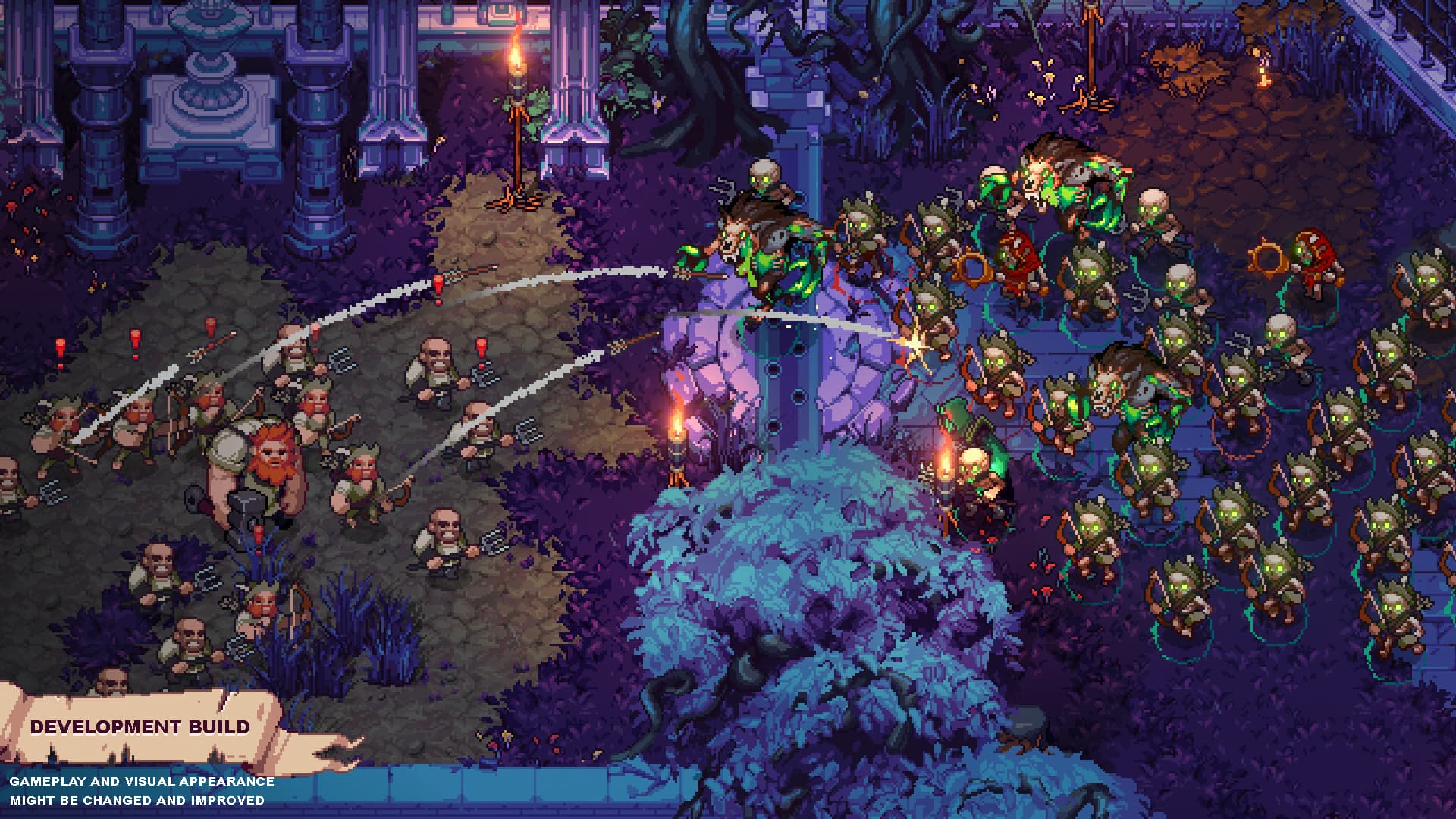 Download media-kit
THE GAME
THE CORE OF THE UNLIVING
The whole gameplay was designed from scratch around the ability to resurrect each killed enemy,
and thus it grants entirely new experience to the players
LEAD THE UNDEAD
Control the unlimited army of dark creatures. Keep the balance between small tactical force and larger but harder-to-control unstoppable horde of the undead.
SACRIFICE YOUR MINIONS
When the right moment comes and you need to cast a powerful magic spell, you make a sacrifice. Every unit has a special ability, accessible upon its destruction.
CAST DARK SPELLS
Most of the hero's abilities are sharpened to manipulate the remnants of the life in corpses, create chimeras, and transform the life-force amidst the mass destruction.
ABOUT THE GAME
Raise the dead as a fearsome Necromancer in the dark world of The Unliving! Lead your undead armies into the endless fight in this rogue-lite action RPG. Burn cities to ash with devastating magic spells, slay epic bosses and turn your enemies into morbid servants.
THE PLOT
Necromancy is the core of our story. It is deeply embedded in the structure of the world, personal story of the hero and other characters. The theme of wielding the forbidden power to break free from the authority fuels the conflict and inspires our world-building.
BUY NOW
OVERVIEW
Developer
RocketBrush Studio Ltd.
Publisher
Team17 Digital Ltd.
Genre
Single player, rogue-lite action, strategy
Release
Available now
Platforms
PC (priority), Consoles
Languages supported
English and ~9 more.
In development
Since August 2018
Game engine
Unity, C#
Rogue-lite and Replayability
In The Unliving, the hero's death brings him back to his lair, where the player can purchase upgrades for the next run. Let's see what features make the game highly replayable and give it a an atmosphere of a true rogue-lite:
Meta-progress
When the hero dies, the player loses most of their loot, but some of their resources can be saved, allowing them to add new items and apply special conditions to the next run.
Procedural generation
We are actively working on random generation of the locations and encounters. The hidden and rare places make it interesting to explore every new world.
Abilities & artifacts
Each run can give the player a completely new experience, through the items that transform the gameplay. The artifacts can change the player's attack and unlock special abilities.
Indirect storytelling
Each new walkthrough will gradually uncover the true reasons behind the events, and shed the light on who is actually pulling the strings in this story. 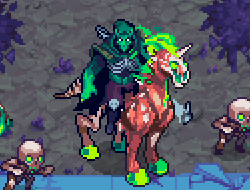 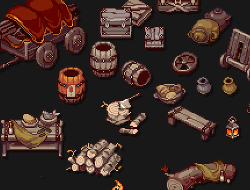 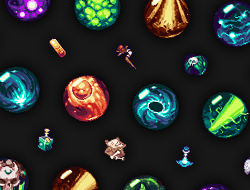 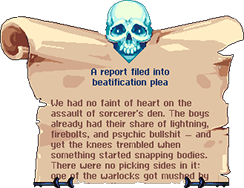 DEVELOPER
OUR GOAL IS
TO CREATE  A MAJOR
NECROMANCY GAME
We found the players' thirst for a standalone game focusing solely on the necromancer character and his story. The first reactions from audience proved that we are on the right track.

RocketBrush Studio Ltd. is a Cyprus company initially focused on game art production services. Since 2016 we have delivered several thousand game assets for developers from all over the world and managed to work with market leaders and AAA projects. The Unliving is our first own project and we put all our experience into this game.
‍
Email: games@rocketbrush.com
Website: https://rocketbrush.com
DEVELOPMENT NEWS

Updated Demo is Live On Steam - Feb. 21 and onwards

Demo is Live on Steam

Important News about The Unliving

The Unliving coming to Steam Early Access on October 26, 2021

The Unliving producer Aleks Rublev discussed the current state of the development and shed some light on the key features, the art style and the story of The Unliving

Learn about enemies that you'll meet in The Unliving

Devlog: The World of The Unliving

Learn where the story of The Unliving unfolds and who you will have to deal with during your journey.